Now that Wikipedia is perfect, 3 opportunities for your institution to shine 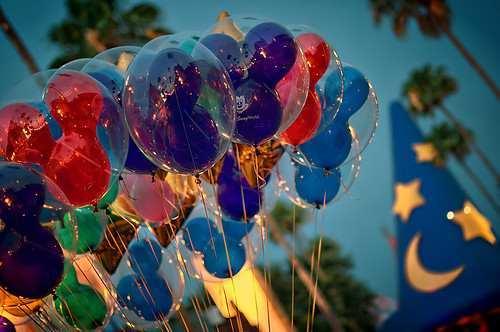 Not too long ago, while reading The Ascent of Money, I had to refresh my memory about the events leading to the French revolution. The Wikipedia entry on the subject made me sad. Now I had to read two books. (The article alone is over 3,300 words long.)

I believe that on their way to perfection and completeness, Wikipedia is offering us at least 3 opportunities to shine: brevity, humour and passion.

Due to its desire to tell the full story, Wikipedia is quickly becoming unusable for anything other than scholarly research. The length, depth and level of detail of many entries greatly surpasses the information needs if you just want to know a bit about the topic. The article on the causes of the French revolution is not at all a very long entry, yet already some thousand words longer than the average TED talk.

There is another way, which offers an opportunity to institutions with knowledge and creativity: videos. Take the Open University’s 60-Second Adventures in Thought about Schrödinger’s cat. In 81 seconds they manage to tell basically the same story as the 2,500-word Wikipedia entry. Plus, it made me laugh.

Most people don’t want to know about Schrödinger’s cat at all. And even if they might, it’s more likely they’ll start with the movie. Can’t get enough? Wikipedia’s there to tell you everything, but by then you’ve already become a scholar of parallel universes and quantum mechanics.

Humour might even sell better than sex, and it certainly is a more tool for organisations aiming at families. Wikipedia’s tendency to perfection makes their articles rather dry. It’s facts, no fiction. A nice story, with a little laugh, might be way more engaging and reach a wider audience.

I immediately thought about the viral video of the Scheepvaartsmuseum in Amsterdam, which – although a promotional tool – tells the story of 400 years of Dutch naval history rather convincingly.

It doesn’t have to be video, though. Words can be just as convincing. There’s a reason I (and millions with me) spend good money on books by the likes of Niall Ferguson, Richard Dawkins and Alain de Botton. For the contents I might just as well read an encyclopaedia, but for a unique and upbeat story they’re the ones to go to.

This borders on passion. There’s no denying the Wikipedians are among the world’s most passionate people, even brave enough to take a stand against SOPA. An article on Wikipedia, however, is almost always a compromise between different, equally passionate people (it’s why the “talk” page is always so much more interesting than the article).

Like humour, passion is appealing, especially when your ‘product’ screams it. It’s why we buy Apple stuff and why it’s so nice to listen to Benjamin Zander or watch the promotional video for the Ship Song project. Passion is also in the choice of imagery, the decision to focus on some parts of a story and not on others. Passion is the curatorial hand that makes Wikipedia content irresistible.

The video above triggered me to write this post. It’s a video from an exposition at my previous museum. When I needed some facts about the Dutch Golden Age (its topic), I found it quicker in this video than on Wikipedia. I also noticed that since the exposition stopped, the video has had most of its views, and is embedded on a Dutch educational website for immigrants.

I firmly believe that there are much more people like me, who prefer a short, passionate and humorous video or text to the elaborate and perfect Wikipedia article. And there will be even more in the coming years. This is an opportunity we should not neglect.

Please share your ideas or examples of great video’s and articles by cultural institutions that add something to the Wikipedia entries in the comments.

Previous post:
7 ways to make yourself and your museum more creative (and successful) Next Post:
Cultural innovation 101, or the basics of turning our world upside down
about the author: Jasper Visser