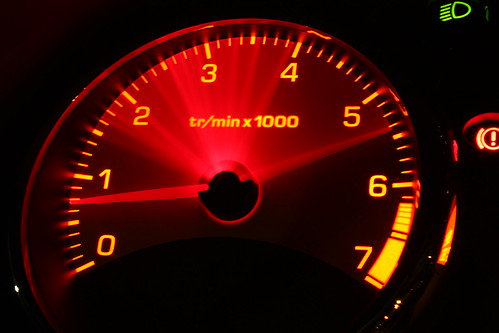 Time is flying and the end of the year – and with it the end of the Museum of National History – is quickly approaching. Only two more months and the adventure is over.

This week we found a new home for the National Vending Machine, one of our signature projects. It’s time for her to move out, and I wish her well with her new owner, the Zuiderzee Museum in Enkhuizen. Two other projects – the innl-network and xwashier – are still looking for a place to call home after December.

Also, this week another co-worker left, further reducing our numbers. In our quiet office I moved to the room with our curatorial staff and researchers, where there’s still some action.

The close-knit team we’ve become reminds me of my first days in May 2009, when a similarly small team worked around the clock to make our museum happen. And when I still knew nothing. Nostalgia.

I often think of these first months as the best time I have known in the museum. Not in the sense of colleagues (who weren’t there), projects (which were still only plans) or audience engagement (the hundreds of thousands we were to reach were still an ambition). No, most of all because of the speed at which we worked, and the opportunities we created.

I remember launching a full campaign from scratch in just a couple of weeks. And I remember having an approval cycle of at most some hours. Everything went extremely fast, and because of that, everything was possible.

In the past days I’ve noticed this speed of action has returned to our organisation. In fact, it has never left; it just became the normal way of doing business.

Four hours between defining the plan for an online campaign and CEO approval, across different time zones. Three hours between the idea to send an email invitation with a unique design and hitting the “send” button. Only two hours to fully organize the transport of the National Vending Machine, across different partners. I love this way of doing business.

I think a team that is able to work at this speed, with the amount of trust needed to make this possible, is one of our greatest achievements. I will miss the people who made this possible – colleagues, managers, directors – most of all when everything is over.

Hopefully I can continue being part of these kind of teams, and even help building them, in the future.

I’d like to finish with a quote from one my favourite books; Shantaram by Gregory David Roberts, which I think is appropriate in situations like these,

“Red-lining a motorcycle means opening the throttle so hard, with every chance of gears, that the needle on the rev-counter is twisted all the way round to the red zone of maximum revolutions. And that’s what we were doing, all of us, in our different ways.”

Previous post:
Donating is not necessarily about giving money Next Post:
The Participatory Science Centre – wrap up of a workshop at NEMO, Amsterdam
about the author: Jasper Visser