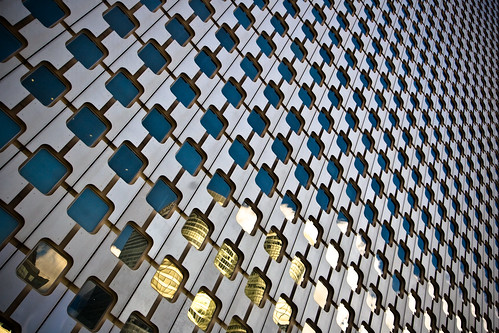 Sorry for being quite quiet lately; I’ve been busy writing, preparing and giving workshops and lectures, closing down projects and experimenting with business models and gamestorming. All this, for the future, which I will tell you all about, in that same future. Also, I’ve been reading.

In ancient Greek the highest number with a beautiful name was a myriad, or μύριος, in their script. Myriad represented (and in some forms, still represents) the number ten thousand. Apparently, apart from Archimedes who used the myriad myriad, there was no need for larger numbers. In this advanced society, there wasn’t that much stuff.

When I was young, in the 80s, the highest imaginable number was a billion. After that, everybody but a handful of mathematicians confused the number of zeros. A really big number therefore became a million billion as in, “My father is a million billion times stronger than yours.”

I guess it says something about how complex our society has grown. And I wonder if we should really strive for something beyond the googol, or if it’s better to try and bring things back to a myriad again. Make all there is graspable, understandable, digestible again for the masses. A myriad of everything is still a lot.

This, I think, is a task we’re facing. And as the ultimate sense makers of all, I’m sure it’s the cultural sector who will have to do most of the dirty work.

This post is inspired by reading David Deutsch’s The Beginning of Infinity.

Previous post:
From Good to Great to Obsolete Next Post:
Some thoughts on different types of advocates and communities
about the author: Jasper Visser