This is an article I wrote for the (recently launched) project Creating Trustville. This project is a place for ideation of new social structures and the conceptualisation of the institutions of the future, started by Vandejong. 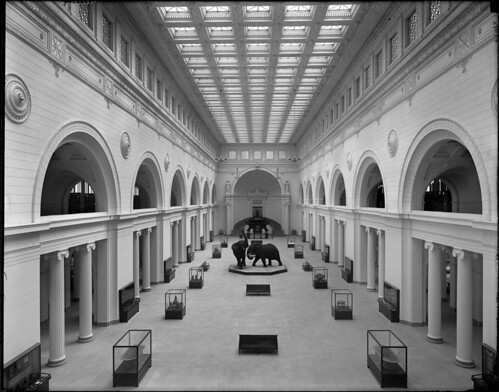 What is a museum?

Over the course of history museums have had to reinvent themselves a couple of times. Once they housed the private collections of kings and other leaders. Their audience: the owner’s friends and enemies whom he wished to impress. Then museums became centres of research, romanticised in the late 20th century in movies such as Indiana Jones. In the meantime museums had discovered their public role, often housing elaborate educational and visitor programmes.

In the early 21st century, with the Internet and the 2.0 revolution, museums all over the world flirted with yet another meaning for themselves. Visitors became actors. The recently launched YouTube Play project of the Guggenheim museum in New York exemplifies this change. Online video artists have a chance to see their work displayed in one of the most renowned museums in the world. It is my strong believe that by the year 2020 this paradigm shift in thinking about museums and their role in society will have had a lasting impact on the sector.

I think we can distinguish three predominant changes in museums nowadays, that will shape the museum of 2020. The first is leaving the museum building and entering public space. The second is the changing relationship with the audience. The third, more awareness of the social responsibilities of an institution.

In June 2010 the Netherlands Architecture Institute launched UAR, an Urban Augmented Reality app for the mobile phone. As they write on their website, “sometimes we feel that our four walls are a bit limiting.” The NAi has an amazing collection, but to live the full experience of architecture you need to go outside. UAR helps visitors to walk through the city and get additional information about what they see. It also allows visitors to see things that aren’t there anymore, or are not yet there.

For an architecture museum it might be an obvious choice to go outside of your museum and use the city as your exposition space. However, also other institutions have done the same. The Museum of London has the Street Museum, also an augmented reality app. The Museum of London is a history museum. Another example is the exposition Nieuwe Groeten Uit…, a cooperation between the Museum of National History, FOAM Photography Museum and the ANP Historical Archive, all from the Netherlands. Rather than choosing a traditional space in a museum for the final exposition of this crowd-sourced project, they used stores and advertisement space to display the art works.

In 2020 museums will have partly left their buildings and gone out to reach their audiences in other places. Museums will look for their audiences and be there, where they can best reach people. The building will become a hub for the museum’s activities indoors and elsewhere.

The participatory and community museum

Going outside the museum walls in search for the audience elsewhere redefines a museum’s relationship with its visitors. This change goes further, though. I’ve already mentioned Guggenheim’s YouTube Play and Nieuwe Groeten Uit…, both expositions in which the audience produces the exposition. In her book The Participatory Museum Nina Simon explores numerous ways in which museums can change their attitude to visitors, from passive consumers of expositions to active producers of experiences.

A traditional museum is a teacher and its audience the students. Often the relationship is one-directional. A modern museum looks for ways to engage its audience in ever surprising ways. The 2008 For the Love of God exposition by Damien Hirst in the Rijksmuseum is probably the best-documented example of this new approach in Holland. Visitors to the exposition became a part of the art by leaving their impressions on the work online.

The new relationship of museums to their audience goes beyond crowd-sourced and participatory expositions. More museums try to build active communities and organise un-museum-alike activities to reach new audiences. The Van Gogh Museum in Amsterdam is open till 10pm every Friday with a full programme of music, DJs, video shows and drinks and by doing so becomes relevant to a whole new group of visitors: young locals looking for a cultural night out.

In 2020 we will see museums as community centres, where visitors both contribute and consume. They’re places where you can meet like-minded people and discuss arts, culture and history. Both seriously and relaxed, with a good coffee or cocktail and thrilling debates, dance nights and other social events.

If the museum of 2020 is a community centre with influence within its walls as well as outside of them, it automatically takes on a function in society. I believe a museum has and should have a responsible position in culture, art and heritage and also in society in general.

MoMA’s Alzheimer Project Meet Me is part of the MoMA’s art and dementia programs. The outcomes of the project clearly indicate the project has a positive social and intellectual impact on people with dementia. The ‘Verhalentafel’ (Story table) developed by the Waag Society similarly helps elderly in reminiscence programmes. StoryCorps in the USA stimulates conversation between people and stores their sometimes-beautiful stories for generations to come.

All over the world museums experiment with projects that have a positive impact not only on culture, arts and heritage, but also on society as a whole. In 2020 museums will be one of the core institutions in society to close the gaps between people from different generations, backgrounds and social-economic status. Museums will be leading institutions in the public debate about difficult issues.

Once a museum was a place where the rich and powerful showed artefacts they had conquered, stolen or looted from other cultures. Or the museum was stuffed with difficult-to-understand art and objects that had lost their practical value. In 2020 a museum will be the beating heart of a living culture, easily accessible to all people and of true value to society.

At least, let’s hope so. 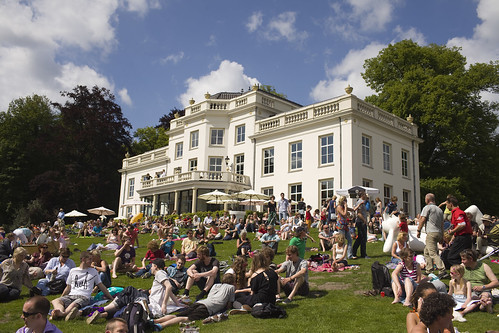 Previous post:
7 lessons about storytelling and museums – Wrap up of the Kom Je Ook? 5 conference Next Post:
Users and use of the National Vending Machine – 7 lessons about participation
about the author: Jasper Visser